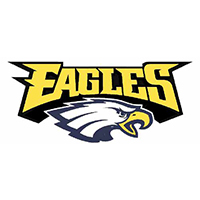 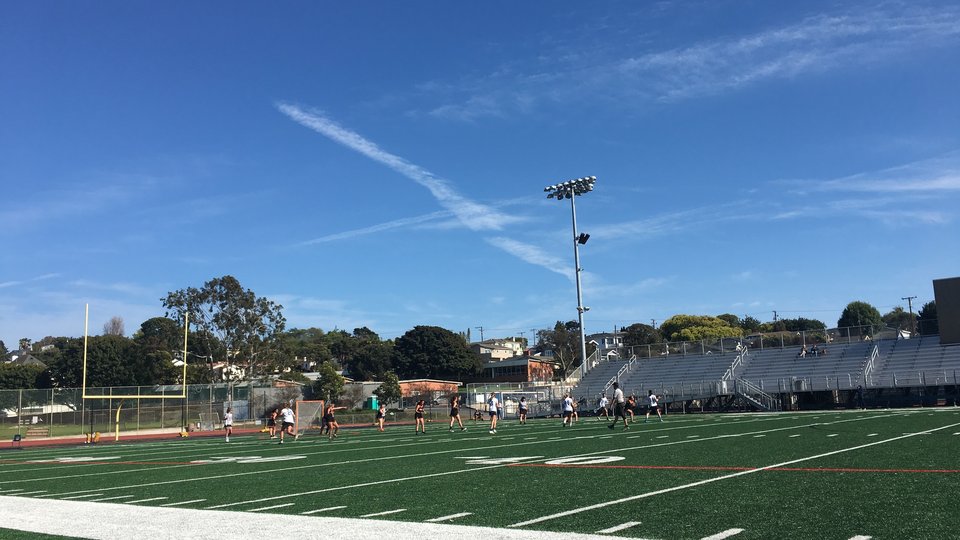 Eagles Guarantee Winning Record with Decisive Victory over Normans!
El Segundo, CA — It seems like after every game, the first comment is that the transitions look the best they've looked all season, and today was no exception. Quick and seamless transitions were key in today's win over Beverly Hills High School, bringing El Segundo's record to 8-6 with one game remaining in the regular season. The Eagles kept their heads up and were able to move the ball from one end to the other in the blink of an eye, burying it in the back of the net before the other team knew what hit them. Whether it started with a caused turnover or a save and clear from the goalie, the girls kept their heads up, made effective cuts for each other, and connected passes beautifully from start to finish. Players contributed all over the field, with eight different players on the board, another golden glove for freshman Abi Layne, and 7 saves for freshman goalie Beth Stephens. Junior goalie Arianna Rendon was able to hold the Normans to one goal in the second half, putting up 9 saves of her own. Stick work and shooting drills at practice also paid off as the Eagles were able to move the goalie and place their shots, ending with a shooting percentage of just over 50%! All the girls' hard work is coming together as they prepare for their final game of the regular season against Culver City this Friday. Come out and support for senior night!
Samantha Slama
Recap
Apr 11, 2018
El Segundo 8, Culver City 12
Girls Varsity Lacrosse
Eagles Fall to Centaurs
Los Angeles, CA — In the first game back from spring break the Eagles put up a fight in the first half, coming back from a 1-4 deficit to lead 7-6 at halftime. Defense worked as a unit and continued to do so throughout the game, crashing early and staying strong against the Culver City attack. Transitions looked solid in the first half, with clean passing moving the ball seamlessly from defense to attack, and the Eagles were quick to capitalize on the fast ball movement to put it in the back of the net. However, Culver came out strong in the second half and took advantage of a few missed connections in the midfield to turn the game back in their favor. Their consistency resulted in six goals scored each half, giving them the edge over El Segundo. The Eagles will face Culver again at home on Senior Night on April 27, and they will take on Peninsula this Friday in Palos Verdes.
Samantha Slama
Recap
Mar 28, 2018
El Segundo 12, Long Beach Polytechnic 5
Girls Varsity Lacrosse
Eagles End First Half of the Season with a Win!
Long Beach, CA — The Eagles showed up ready to play today, staying alert and consistent throughout the game vs. Long Beach Polytechnic. With eight different players on the board, the selflessness is evident and the teamwork continues to improve. Defense did a great job shutting down LB Poly's iso crease rolls, and goalies Beth and Arianna kept the ball out of the back of the net. Connections all over the field keep looking better and better, and the Eagles were able to capitalize on quick transitions and convert them into goals (one even gave Coach Slama chills—the sideline will vouch). As they head into the second half of their season after spring break, the Eagles are looking to continue to improve their record and keep growing as a team.
Samantha Slama
Recap
Mar 19, 2018
El Segundo 12, Alexander Hamilton 8
Girls Varsity Lacrosse 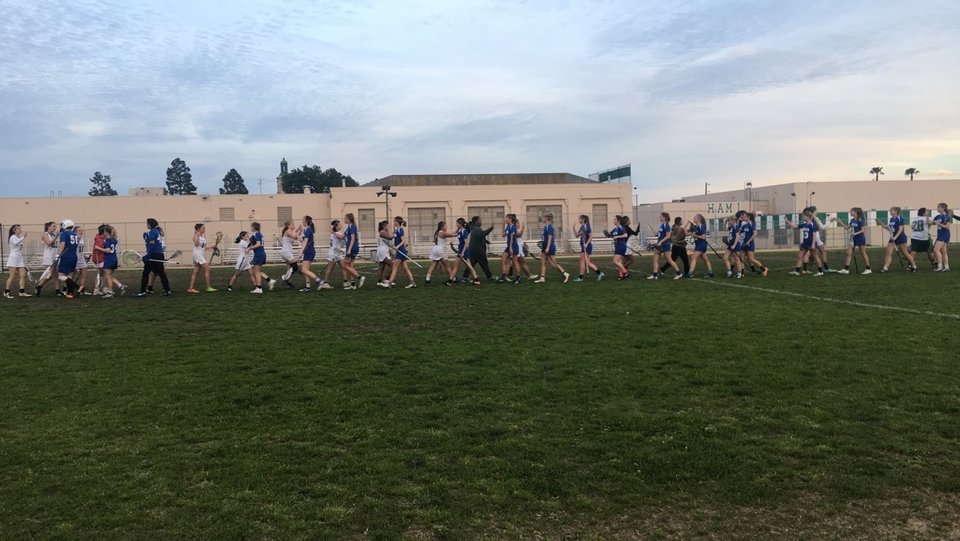 Eagles Extend Record to 4-2!
Los Angeles, CA — After a rocky first half that ended tied 6-6, the Eagles adjusted to a bouncy, heavily pitched field and took back control of the game, holding Hamilton to just two goals while scoring another six themselves. Defensive communication effectively shut down the opposing attack, and clean transitions helped move the ball quickly up the field where the Eagles were able to settle and put the ball in the back of the net, keeping calm, using their space, and playing their game.
Samantha Slama
Recap
Mar 16, 2018
Santa Monica 10, El Segundo 17
Girls Varsity Lacrosse 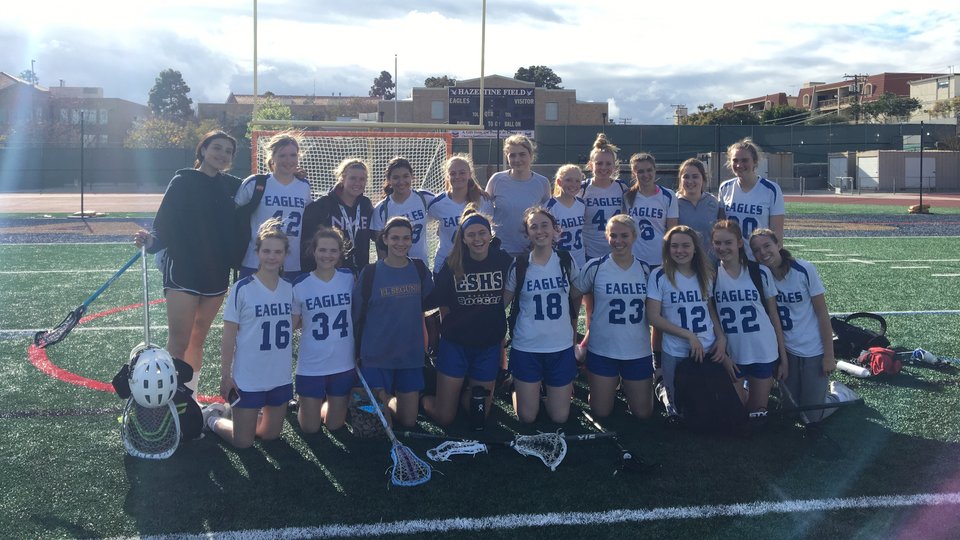 Eagles Put up Another W against SaMo!
El Segundo, CA — The Eagles took an early lead against Santa Monica and held on to it for the entirety of the game, extending the differential to ten points by the half. Finding weaknesses in the opposing defense, the attack was quick to capitalize. Additionally, midfield transitions were quick and clean, keeping the momentum headed in the right direction and locking in a definitive win by seven.
Samantha Slama
Recap
Mar 12, 2018
El Segundo 16, Beverly Hills 15
Girls Varsity Lacrosse 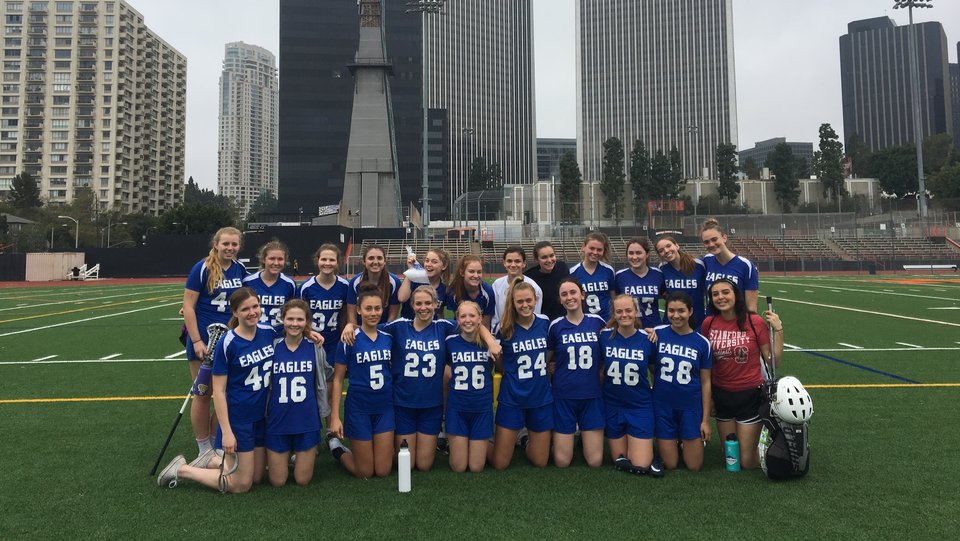 Eagles Win in Sudden Death!
Beverly Hills, CA — The Eagles fought hard for this W from the second they stepped on the field today. Right off the first draw, they showed they were here to play. After an early goal, BH was quick to answer with one of their own, and the Eagles were down by one at the half. Using that as motivation, the Eagles came out strong with three goals from three different players--Morgan, Grace, and Sabrina--in the first three minutes of the second half. The rest of the half went back and forth, with BH capitalizing on a few mistakes, and the game ended in a tie, sending the Eagles into sudden death OT. After winning the draw, they struggled to convert, resulting in a turnover and transition. On defense, Becca drew the charge, sending the ball back upfield. Exercising patience and waiting for the right look, Morgan saw Jamie inside the 8 and didn't hesitate, and Jamie made a clean catch, turned, shot, and scored for the win!
Samantha Slama
Photos (0)
View All
Stats
View All