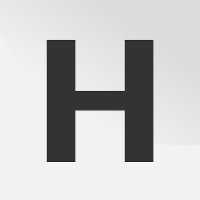 Hot shots 3.0
Girls Under-15 Soccer
Trainers (0)
View All
Video Vitals (0)
View All
Highlights (0)
View All
Training (0)
View All
Articles (7)
View All
Recap
Oct 31, 2017
Newberg 2, Hot shots 3.0 1
Girls Under-15 Soccer
Tough game
Newberg, OR — Well, that was probably my least favorite game for several reasons. Unfortunately, early on in the game, Gracie got really sick on the sidelines and was unable to play. She got a really bad case of the stomach flu. I had a couple of girls complaining of sore neck's and sore legs and arms hurting. Although we have no control over illness and injuries, It felt like we showed up not quite ready to play that day. 😬Others were complaining about their positions and asking to be switched relentlessly. I was also being asked constantly when kids were going to be going in and where. All of this is distracting to me on the sidelines.
Sarah Hess
Recap
Oct 21, 2017
Newberg 1, Hot shots 3.0 3
Girls Under-15 Soccer
Soaking wet and still rocking the field!
Newberg, OR — I am so impressed! I felt like today was one of our best games! Just so we are clear, that last corner kick by the other team did not go in the goal. I did confirm that with the ref because I wasn't sure and he blew the whistle ending the game so quickly. I wanted to make sure I posted the score correctly!
Sarah Hess
Recap
Oct 16, 2017
Newberg 4, Hot shots 3.0 3
Girls Under-15 Soccer
10/14/17 game!!
Newberg, OR — So Saturdays game was a close one!! We had a lot of shots taken on their goal that just didn't make it but I was proud of the girls for their efforts ! We had several girls play offense very effectively and aggressively who really battled the entire time trying to get that ball into the goal !
Sarah Hess
Recap
Oct 09, 2017
Newberg 5, Hot shots 3.0 4
Girls Under-15 Soccer
Saturdays game!
Newberg, OR — Well that was a tough one! I thought we really came out and competed against that team! Just so everybody is aware, the team we played Saturday, is also playing at the club level with that coach. They really are an excellent team with great athletes! That being said, I know that our girls can beat them ! We also have excellent athlete and excellent skills! We were also missing two of our players on Saturday, Payton and Aubrey.
Sarah Hess
Recap
Sep 30, 2017
Newberg 1, Hot shots 3.0 3
Girls Under-15 Soccer
They came alive!
Newberg, OR — Well that was one for the books! I was pretty nervous in the first half. I felt the girls being pretty submissive to the other teams offense. We really clumped up and were moving quite slowly all the way around. We had several missed shots on their goal, which was frustrating and encouraging all at the same time. It shows that we monopolized the ball, however we were setting it up to take the best shots every time.
Sarah Hess
Recap
Sep 24, 2017
Newberg 3, Hot shots 3.0 6
Girls Under-15 Soccer
9/23/17 re-cap
Newberg, OR — Wow!! Wow!! Saturday's game is what I've been waiting to see out of our girls! I knew they had it in them, it was just a matter of fine-tuning the details and bringing it all to fruition!! The pace at which they kept the game was incredible! I saw a hustle across the board, I saw the use of skills from almost every player throughout the entire game! I saw communication and teamwork and adjustments being made where necessary!
Sarah Hess
Photos (0)
View All
Stats
View All