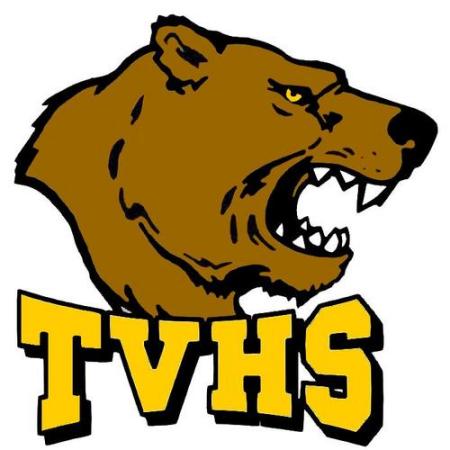 Temecula Valley High School
Girls Varsity Field Hockey
#4 FL, HB, FB
Trainers (0)
View All
Video Vitals (0)
View All
Highlights (0)
View All
Training (0)
View All
Articles (15)
View All
Recap
Oct 20, 2019
Fountain Valley 0, Temecula Valley 1
Girls Varsity Field Hockey
Senior Night
Temecula, CA — The contest between the visiting Fountain Valley Baron’s and your Golden Bears would be the last home game of the regular season. That designation carried with it the added bonus of being the Senior Game. The festivities began on a brisk Thursday evening after practice with our outgoing Senior class being presented with Senior Sash’s. Aaliyah Alawneh, Emma Hilbig, Randi Johnson and Skylar Richards represent our sports first multi student-athlete graduating class. The girls proudly displayed their Sash’s on campus Friday during school.
Michael Alawneh
Recap
Oct 20, 2019
Temecula Valley 0, Newport Harbor 6
Girls Varsity Field Hockey
TV at Newport Harbor
Newport Beach, CA — Golden Bears travelled to Newport Harbor to face the Sailors. A big win here and we punch our first ever ticket into the postseason. From the early going in this contest it just wasn’t going to happen. The Sailors jumped out early and never looked back.
Michael Alawneh
Recap
Oct 12, 2019
Westminster 0, Temecula Valley 4
Girls Varsity Field Hockey
New faces immediate results
Temecula, CA — The Westminster Lions came into town with a mighty roar but left Temecula with only a faint Meow. In a must win game the Golden Bears came out firing on all cylinders. Westminster came out swinging claws and paws for all to see, little did they know Temecula would be the ring leader of this day. Our Senior duo of Emma Hilbig and Skylar Richards accounted for most of the scoring on the day, scoring three of the four goals in the contest. The last goal was wrung in by a new face on the team Mallory Martinezz immediately paying dividends on her first few touches on the ball. With some real aggressive play winning a 50/50 ball and driving that momentum up field she placed a solid shot on goal that beat the rushing Goal Keeper. Scoring in her first game in a Varsity Uniform, congratulations Mallory! On the flip side defensively it was another shut out on the books. The Three Amigos are now an even more formidable Quartet. As Ice Cube would say… “I got to say it was a good day”
Michael Alawneh
Recap
Oct 09, 2019
Huntington Beach 0, Temecula Valley 3
Girls Varsity Field Hockey
TVHS vs HBHS
Huntington Beach, CA — We lost but fought hard. We held them 0-1 the first half and played hard the second half. We are only a third year team and I think a lot of people forget about that when we play against schools that have had teams for over 20 years. Every year we improve and every game we improve. This year is the first time we have a JV team and they are doing amazing. This season is not over and I look forward to watching more games and seeing all the girls grow.
Kellie Foster
Recap
Oct 09, 2019
Temecula Valley 0, Edison 5
Girls Varsity Field Hockey
The game within the game
Huntington Beach, CA — The rematch vs Edison… The game strategy going in was to make Edison earn everything. We were going to compress the field and frustrate them so we can explode past them on the 50/50 balls as they tired. The first have went by the designed plan flawlessly. The Golden Bear Team Defense withstood all Edison could give. The first half saw Edison get 11 Short Corners and walk away with zero goals. This is not counting the numerous other saves from our Goal Keeper throughout the period.
Michael Alawneh
Recap
Oct 09, 2019
Temecula Valley 4, Chaparral 1
Girls Varsity Field Hockey
Stranger Things with Rivalries
Temecula, CA — The evening begun with a celebration for Chaparral’s Sr Class. The Golden Bears joined in the Festivities to honor their Sr’s in the columns of raised sticks presentation. Standing alongside the Chaparral players the girls chit-chat with one another. Interestingly enough we found out one of the girls likes to bark at opponents. Yes, bark like a dog, and it did in fact happen in the game. Part of the fun in competing against our crosstown rivals is knowing some of the other players from their pre High School years. It makes the game personal and fun.
Michael Alawneh
Photos (0)
View All
Stats
View All